With the ‘COVID-19 Interviews’, NISSEM has embarked on a series of interviews with actors from government and civil society, in order to understand better the practicalities and implications of national responses to the COVID-19 pandemic. The focus is on countries in the global south. A full transcript of this interview can be found here. NISSEM expects to continue this series of interviews for some months to come, as systems emerging from the crisis rethink the content and practice of teaching and learning. UKFIET is co-hosting the first five of these interviews

Lucy Maina has over 18 years of experience in education and health programs in the context of relief, rehabilitation and development. She has worked extensively in Somalia, South Sudan, Uganda and Kenya. She is a graduate of Education, Kenyatta University, with a Master’s in International Cooperation and Humanitarian Aid and a Master’s in Public Health. She currently works as programme director for Grassroots Innovations for Change, an organization building capacities for grassroots organisations. 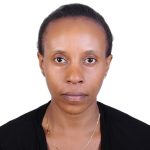 Ngángá Kibandi is Country Manager at Africa Educational Trust and has been working in the development space for slightly over 10 years. His career started in South Africa, carrying out research in schools in informal settlements. He has since worked in Somalia and Kenya, supporting programmes with a strong interest in young learners, youth and adults. He is also Country Lead in Kenya within RELI (Regional Education Learning Initiative), a network of organizations with common interests that have come together to generate evidence to informs policy.

“How do you now on-board children back to school when there are all these other issues that teachers will have to work on, especially social and emotional issues?”

Describing the different experiences of urban and rural communities during the lockdown, Lucy Maina notes that the discontinuity of learning in rural areas has multiple causes: children home from school are traditionally sent out herding, which is coupled with low literacy levels among parents and a lack of internet connectivity or even print materials. In secondary schools, according to Ngángá Kibandi, textbooks may be more available, so “some of the learners just go directly to the textbook and copy word for word what is there. The challenge is to think around how to change the way questions are phrased to allow the learners to engage a bit more, so that questions require them to engage with the content.”

According to Ngángá, during the lockdown, teachers in government primary schools have fallen into two groups: those who led their own initiatives and those taking the lockdown as a break. Lucy’s observation, based on a survey carried out by her organisation, is less balanced: “Often, schools are quiet. Nobody from the public schools, especially teachers or school leaders, has communicated to their learners in the majority of the schools. It’s only those teachers who care about their learners who talk to them and ask how are you doing, are you okay, how is it going?”

Lucy adds that many parents, in both urban rural communities, are not confident to play their part in teaching their children: “Some parents have no idea how to support their children’s learning. A parental guide would empower them to know what to do and follow up on children’s learning, making it as simple as possible. For example, on e-learning, yes it exists and they know about, it but how to access it? Where’s the timetable? What support am I supposed to offer as a parent? There isn’t any guideline, no idea where to access the timetables.”

The challenges to academic learning may be equalled by social and emotional challenges, where the roles for parents may be even more necessary. Lucy adds that “from the studies we are doing, interacting with different people, especially in informal settlements in Nairobi, we notice there’s a lot of domestic violence, and that’s really going to affect kids in one way or another, even now, because learning is difficult due to the trauma kids are going through. And when they go back to school they could actually take those behaviours with them. There is need to counter these negative values and behaviours that come from homes that are ruled by domestic violence. Children may come to school agitated and withdrawn. Then they bully others as a result of what is happening at home. So, home can nurture positive and negative behaviours.”

Lucy continues: “The second issue is teenage pregnancies. Due to lack of resources, it seems the younger adolescents are now getting involved in ‘transactions’ and end up pregnant. So there’ll be a lot of dropouts, and need for a kind of guidance mentorship.” Lucy believes this will become even more important when schools resume: “How do you now on-board children back to school when there are all these other issues that teachers will have to work on, especially social and emotional issues?”

Ngángá is part of a government task force that is readdressing the crisis in education as a result of COVID-19: “We’re reviewing a document, a position statement that has been put together by a few organizations who are part of RELI, the Regional Education Learning Initiative, which we are both part of, through our organizations, and responding to some of the issues we are discussing, giving a synopsis that is informed by evidence of what the real situation is like. The general feeling is that government needs more feedback on the reality on the ground.”

The pandemic may be leading to new kinds of thinking, especially in the context of the ongoing roll-out of the new competency-based curriculum, which includes cross-cutting Pertinent and Contemporary Issues. Ngángá notes that, “One of the things that’s been argued is that during this period when children can’t access books, these values and skills are what should be emphasized in their home structure. My question around it has been that there’s no structured way of doing it. It’s really a question of opportunity. Maybe you have an opportunity to have this conversation and show by example, where you can. Then, in a family where there are six or seven children, how do you effectively do that? Maybe the teaching/learning materials should get learners and teachers to reflect more on their own family values and on what they know from their background rather than ‘top down’ from textbook.”