Ending FGM is my Responsibility 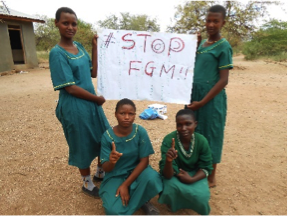 The Anti FGM Board is holding the Second National “End FGM Conference” on February 4th & 5th, 2019, at Maasai Mara University, Narok County. This year’s theme is: “Ending FGM is My Responsibility.” Delegates from hot-spot counties in Kenya, Tanzania, and Uganda are attending the conference as they gear up to mark the International Day of Zero Tolerance of FGM on February 6th, 2019. The event will take place at Olmesutie, Loita in Narok County. The Loita Maasai will declare abandonment of FGM from their community.

The conference will be exploring four themes: Role of prosecution and law in ending FGM; Community partnerships; Engaging men and boys and; the role of policy makers in ending FGM.

You ask yourself, what contributed to such a huge milestone in a community that has seen FGM as a right of passage?

The Maasai community has practiced FGM to mark girls coming of age. It is a symbol that they are ready to get married and start bearing children. The teenage girls go through a torturous ritual to signify their womanhood, and the health and social implications come to bite the community later in life. Once the girls are circumcised, they are ready to be married off and therefore, pursuing education is not a priority. They start giving birth at a tender stage when their bodies are not ready to bring forth a child. Due to the closing of the genitalia, girls and women have to be cut before every child birth to allow the baby to pass. In some instances, the women develop complications at birth leading to fistula (condition caused by prolonged labor), stillbirths, and death.

Following awareness campaigns that show the grim outcomes for these girls, the community has realized that FGM has no benefits or place in society. 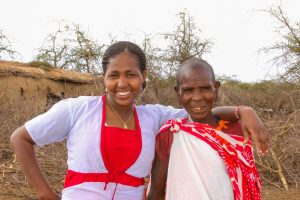 Again, Kenya has several laws: The Children’s Act, The Anti-FGM Act of 2015 and the Gender Based Violence Act of 2015 that criminalizes FGM. Enforcement of the law by the relevant bodies like the police, local administration, Director of Public Prosecution and the Judiciary has also gained momentum over the years with suspects arraigned in court and sent to prison. The Government of Kenya has demonstrated political goodwill by allocating funds to the Anti-FGM Board whose mandate is to end FGM. The concerted effort by state and non-state actors has also contributed immensely in the fight against FGM. Civil Societies have been at the forefront in facilitating community dialogues on a topic that has been considered a taboo for many decades.

Being a patriarchal society, men who are decision makers are now taking part in the dialogue where they learn in utter shock the cruelty of the act and the health and social implication it has on their daughters, sisters and wives. Involving men and boys provides a safe space for the girls and women to speak against the issue. As a matter of fact, FGM can end in 1 generation if the community elders who are gatekeepers and custodians of the culture in the Maasai community can declare zero tolerance to FGM.

Does this mean we have won the fight against FGM?

No! The fight is far from over. A new concept of FGM has taken shape “do no harm”, where a small cut is advocated for on the genitalia as opposed to removing the entire part. There is also medicalization of FGM where girls are taken to hospitals to have the cut under the watch of medical professionals. Girls who undergo Alternative Right of Passage (ARP) are stigmatized in these rural communities which drives girls to undergo the cut in an unsafe way so they can gain acceptance. 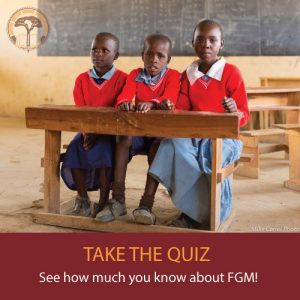 In regions like Narok and Kajiado, Kenya, girls are secretly sneaked into Tanzania for the procedure to be carried out. Africa as a whole

needs to declare this inhuman act as a disaster so that perpetrators will face the full wrath of the law, regardless of the country they come from.

The fight against FGM will only be won by adopting multi-pronged, multi-sectoral approaches involving community elders, men and boys, mothers, girls, local administration, civil society and governments. In addition, political goodwill from the politicians is much needed.

In conclusion, so much is at stake for girls and women when a retrogressive culture infringes on their basic rights. Ending FGM is everyone’s responsibility, what are you doing about it?