International Youth Day, an awareness day set aside for young adults and adolescents is celebrated every year on Aug. 12. This year’s theme is to create and celebrate the role of “Safe Spaces for Youth” in local communities, is aligned to United Nations’ 2030 Agenda for Sustainable Development, specifically Goal 11. Youth around the world need safe spaces where they can come together, engage in activities, voice their opinions, and participate in decision making, without feeling judged, or in danger.

At Asante Africa Foundation, we observe firsthand how safe spaces ensure the dignity and safety of youth. The issues youth face vary with context. Our decision makers and implementers on the ground in each community are sensitive to those specifics and create an environment, that facilitates growth and support as needed by every participant and their unique circumstances.

We recently organized a training program under the Girls’ Advancement (GAP) Program for primary school teachers, peer educators, and pupils for the very first time in Lushoto district, Tanzania. The program, held in a safe space within a university campus, focused on life skills and empowerment by introducing the participants to diverse topics such as self-awareness, health and hygiene, human rights, goal setting, budgeting and confidence building.

Split into two sessions led by Annagrace and a team of facilitators, the first half of the training focused on topics customized for peer educators who are community members responsible for promoting health-enhancing change among their peers. The second session was geared toward primary school teachers and female pupils, helping to equip the girls with economic asset-building skills in conjunction with reproductive health knowledge. 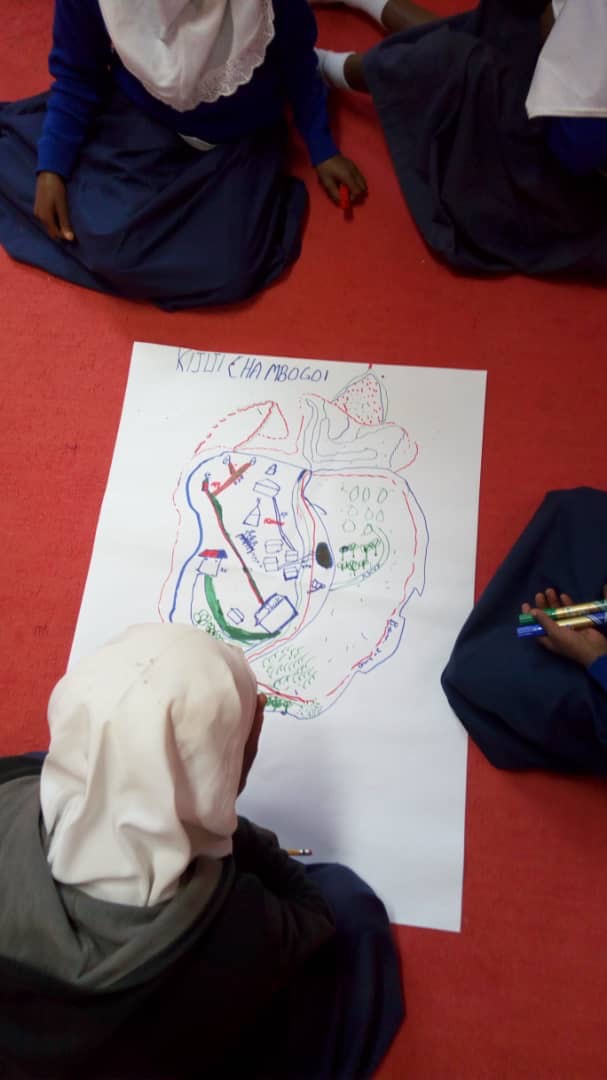 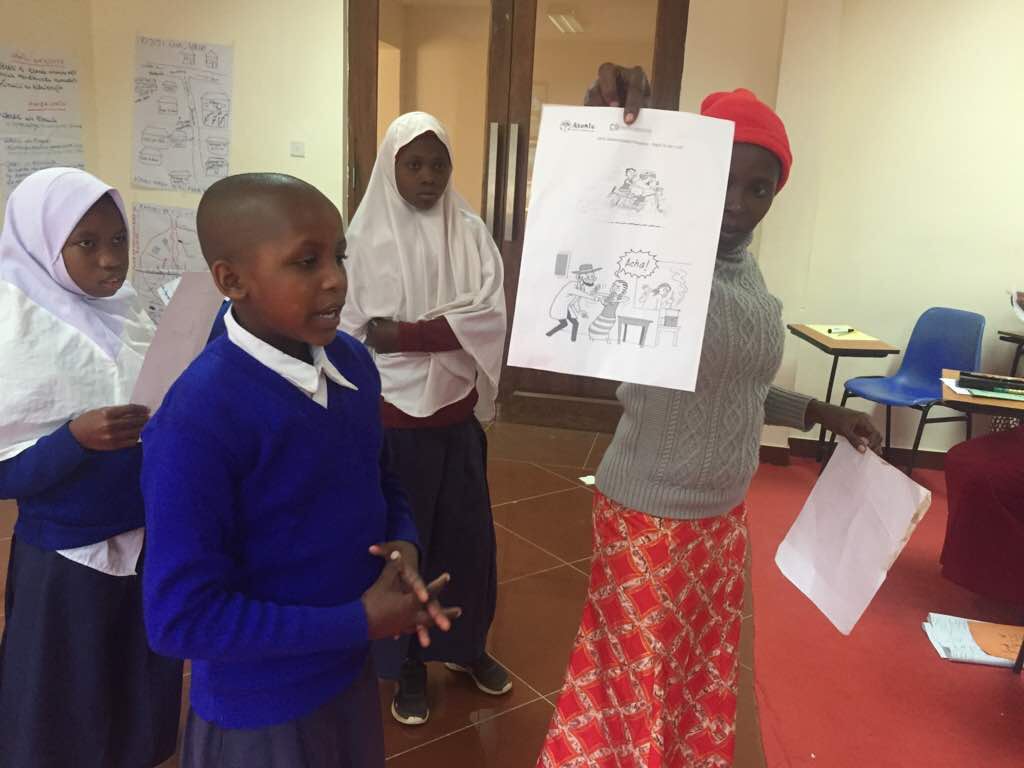 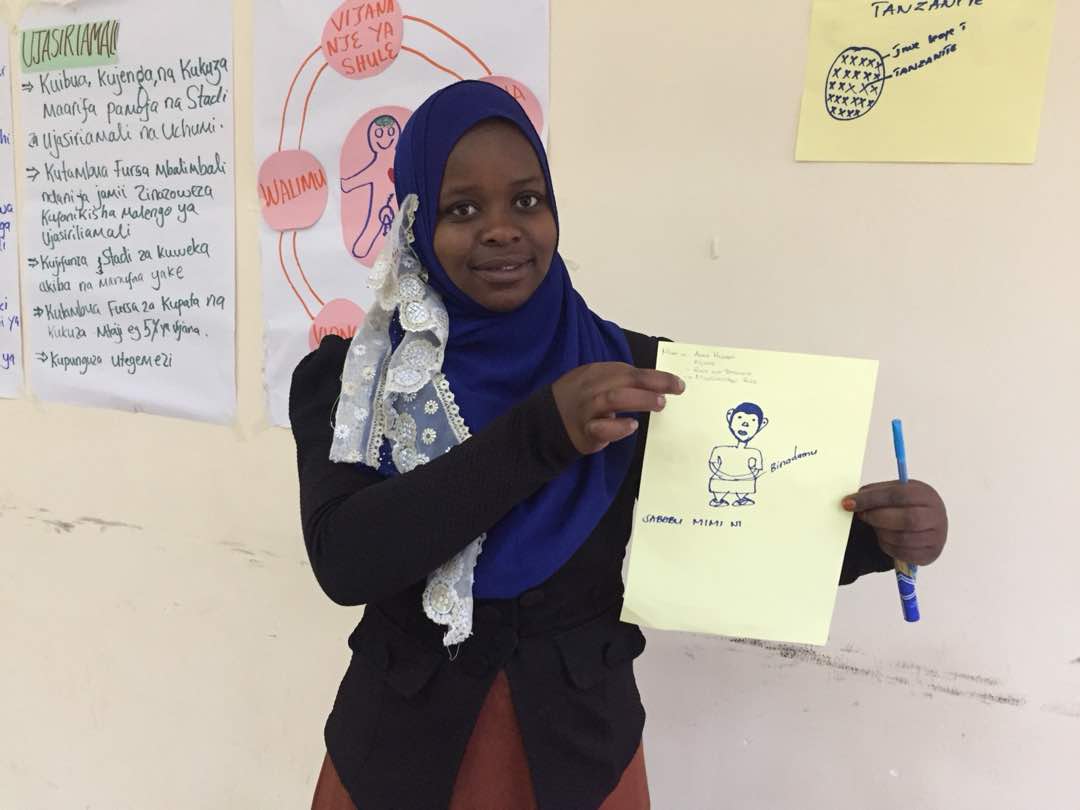 Image: Students using pictures to identify gender based violence in their schools and communities

It was an eye-opening experience for many of the participants who were attending for the first time. Group sizes were limited so participants could get comfortable with each other and express themselves freely. By holding the training in a safe space, the participants felt they could talk candidly and exchange ideas to take back to their communities and eventually train, facilitate and mentor other peers.

That’s why it’s important, emphasized the training program, to create a safe space for girls in their own communities and school, to enable them to speak out and advocate for their rights. Safety could mean something as basic as providing a secure and clean washroom in school for girls or being a confidante that young women can lean on for emotional support.

While advocating for a more equitable and just society, it’s imperative to engage boys and men to serve as allies for female empowerment and to be a part of the solution. On the third day of training, when the discussion centered on gender, sex and gender-based violence, the boys acknowledged that they had never had the opportunity to sit beside girls and hear their stories firsthand. Neither had the girls heard about how boys were being pressured to treat women and girls a certain way. 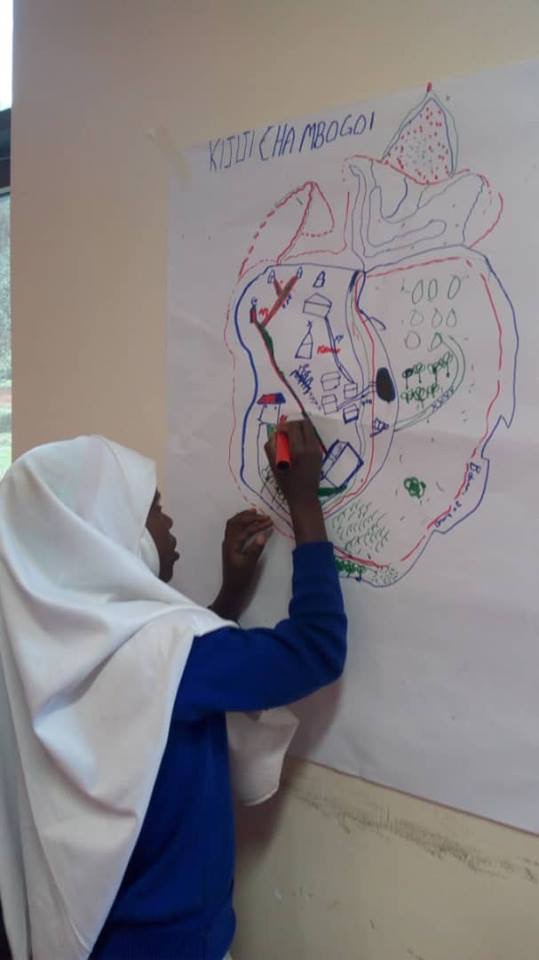 Image: Girl in Tanzania drawing where she feels unsafe in her community

“I have a friend who just got married,” said Arrafat, one of the peer educators. “His  wife is pregnant and he loves her so much that hehelps her with household chores, fetches water and firewood.” Arrafat acknowledged that the man’s friends thought he was bewitched and were pressuring him to stop indulging his wife. “But he told us that it pains him to see his newlywed and pregnant wife carrying heavy things. Now I understand how this culture shapes us.”

The facilitators also noted a change in the confidence level of some of the girls during training. “The first two days, one of the girls could not express herself without covering her mouth with her cloth,” said Annagrace. “But in the final days of the workshop, she became comfortable and even raised her voice to sing songs.” Another girl would spend the entire day without saying a word and would allow the boys to take over the discussion. However, in the last two days of training, much to the delight of the organizers, the girl started leading the discussion and facilitation practice.