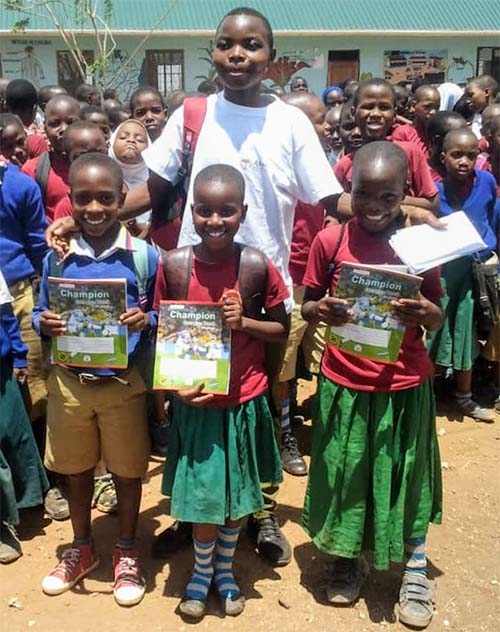 On 1 November 2019, Richard Elius, a form two student of Mwayunge secondary school, took a bold step of reaching out to Jitegemee primary school students in Tabora region, Tanzania. Having participated in the September 2019 regional Leadership and Entrepreneurship Incubator summit, he was motivated to “Pay it Forward”.

Being concerned about the school’s low performance in the Igunga district examinations, Richard was motivated to have the event at this school. “It was hard for the head-teacher of the school to trust me, but after showing him the certificate of appreciation I got after winning the business competition at the summit, he was very happy and had faith in me.”

With just two weeks of preparation, over 150 students from class 3 to 5, attended the event. He conducted a dream mapping session and taught the students skills for achieving excellence at an early stage, creating their own career plans, and maximizing their effort through studies. Richard took care of all the logistics, and also purchased gifts from his personal savings to appreciate the participants.

Richard believes that empowering the younger generation can bring positive changes in communities, and this school was just a starting point of his future plans for paying it forward within Igunga district. Richard plans to expand his effort to other schools and communities. He believes that the skills he acquired at the LEI summit gave him the courage to face the challenges associated with this difficult action.