Asante Africa Foundation programs strive to solve the problems experienced by youth in East Africa. In order to combat the high number of youth that are not in school, we partner with schools to provide students with affordable and accessible education. Our Leadership & Entrepreneurship Incubator (LEI) Program further supports our goal to educate youth by teaching students practical and essential skills to assist them for life beyond the classroom, increasing their levels of job readiness and preparation for employment. 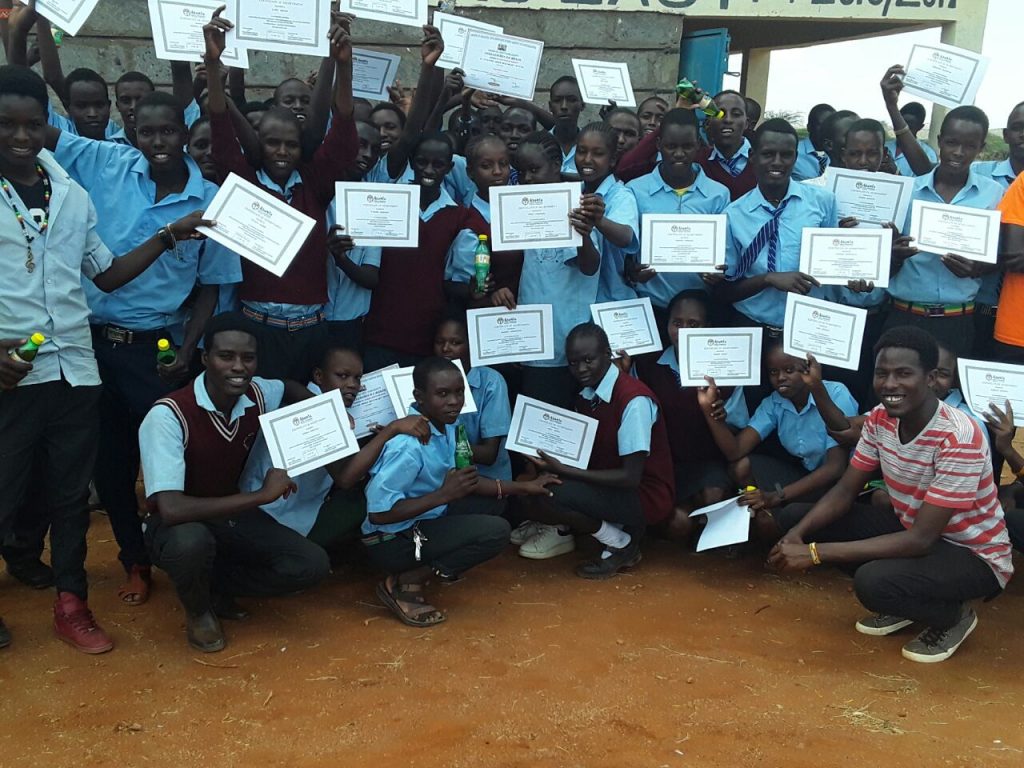 Club members on completion of their Leadership & Entrepreneurship Training

Lolokwe Mixed secondary school in Kenya was started in 2017 with the help of the Samburu East Constituency Development Fund. After attending our LEI Program, students started an “After School Club” (ASC) where they engaged in activities to strengthen their personal core values and gained entrepreneurship and leadership skills. Their central project was the creation and management of a garden and farm that has not only positively impacted themselves but has also spread to the rest of their community. 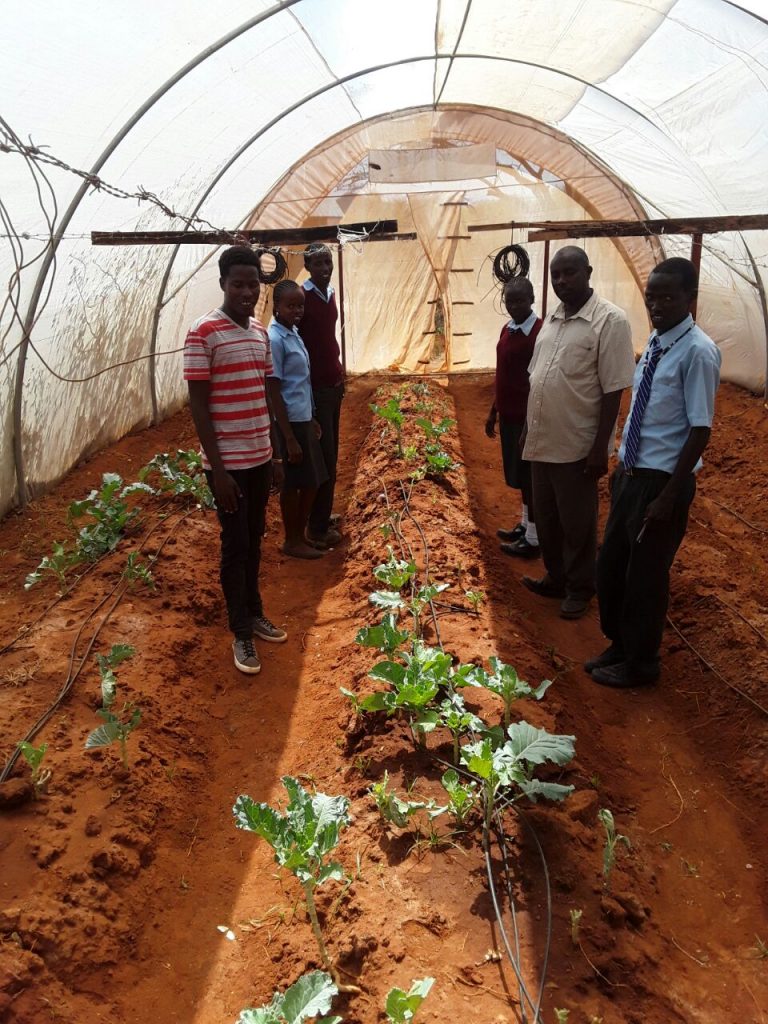 Geoffrey Lemaiasia, the Youth Livelihood Regional Coordinator, shared that “the club members had first initiated a garden where they grew kale and tomatoes in a greenhouse under the guidance of their teacher and club patron Pat Leparkiras. Being in a semi-arid area, a lack of food can be a major problem as well as water shortage. The majority of the community are herders and gardening is rarely practiced in the area. To solve the water shortage issue, the club members implemented a drip irrigation system from rainwater catchment tanks from Lodungokwe primary school and a nearby catholic church.”

In order to make the garden a sustainable project, the school purchases the produce to help fund the club’s activities while also gaining access to fresh vegetables to feed their students. Community members also buy the produce for both immediate consumption and for their own businesses. Through the club’s project, the garden contributes to the local market and serves as a valuable food source to the community. 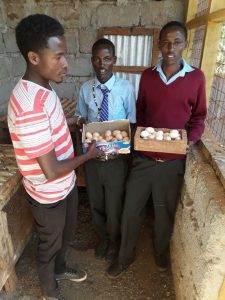 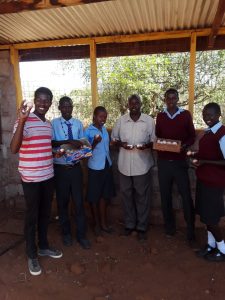 The club members were also taught budgeting and savings skills and they learned how to maintain accurate financial records. The profits from selling the vegetables were then used to buy chickens to start a poultry farm. It became very successful and the earnings from the poultry business were used to purchase beehives to start a beekeeping project. The club members continued to  promote their produce to the community to attract willing buyers. Their families have also been able to benefit from their acquired skills as many have started rearing their own poultry at home, which is considered uncommon for most Samburu homes.

Pat Leparkiras, club patron, explained that “the club is equipping members with skills that will make them better people now and in the future.” Aside from the practical skills learned, the club also works to equal the balance of gender roles. “We have both boys and girls as leaders in the club, but girls take the top position. Initially, the girls were very shy when they joined the club, but now they have all it takes to be bold leaders.”

The students who started the ASC’s garden and farm graduated last month in October and new members were recruited to ensure that the projects will keep going. However, the recent graduates have also made promises to continue working with the club because they had developed a strong connection to the school and to their projects. “The garden and farm is a symbol of livelihood, the graduates assured us that day that they are not going to sit back and watch, they want to continue to participate.”

To stay engaged with the Asante Africa team, follow us on social media – Facebook (@AsanteAfrica), Twitter (@AsanteAfrica), or sign up to our newsletter by filling the form below! Join us in transforming the future for youth in East Africa!