WHAT’S A GIRL TO DO?

The current pandemic has schooled the world in many hard lessons, one of which is the absolute necessity and pivotal opportunity digital connectivity holds for work and education. That revelation has exposed a sharp divide — a technology gap — between learners who have  access to digital technology and those who do not. As the virus forced bricks-and-mortar closures and schools across the industrialized world shifted to online learning, many in Africa, especially those in rural areas, were unable to make that shift, be it for inadequate equipment, poor connectivity, unreliable electricity, or some combination of the three. In short, Africa’s technology gap produced an academic blackout for students. https://asanteafrica.org/digital-literacy/

While today schools in Africa struggle to reopen and remain open, one thing remains clear: given today’s digital generation, schools and school children in rural Africa must have better digital access and digital training 21st century economies require, not just for coping with closures in times of pandemic, but to keep pace with the knowledge and skills development of their industrialized peers.This is a fact: If students in rural East Africa/Africa are to become viable members of this digital generation, productive participants in the economy of the 21st century, they must be given the tools with which to learn and work within that economy. Twentieth century tools in 21st century schools, however well-meaning, simply will not do. 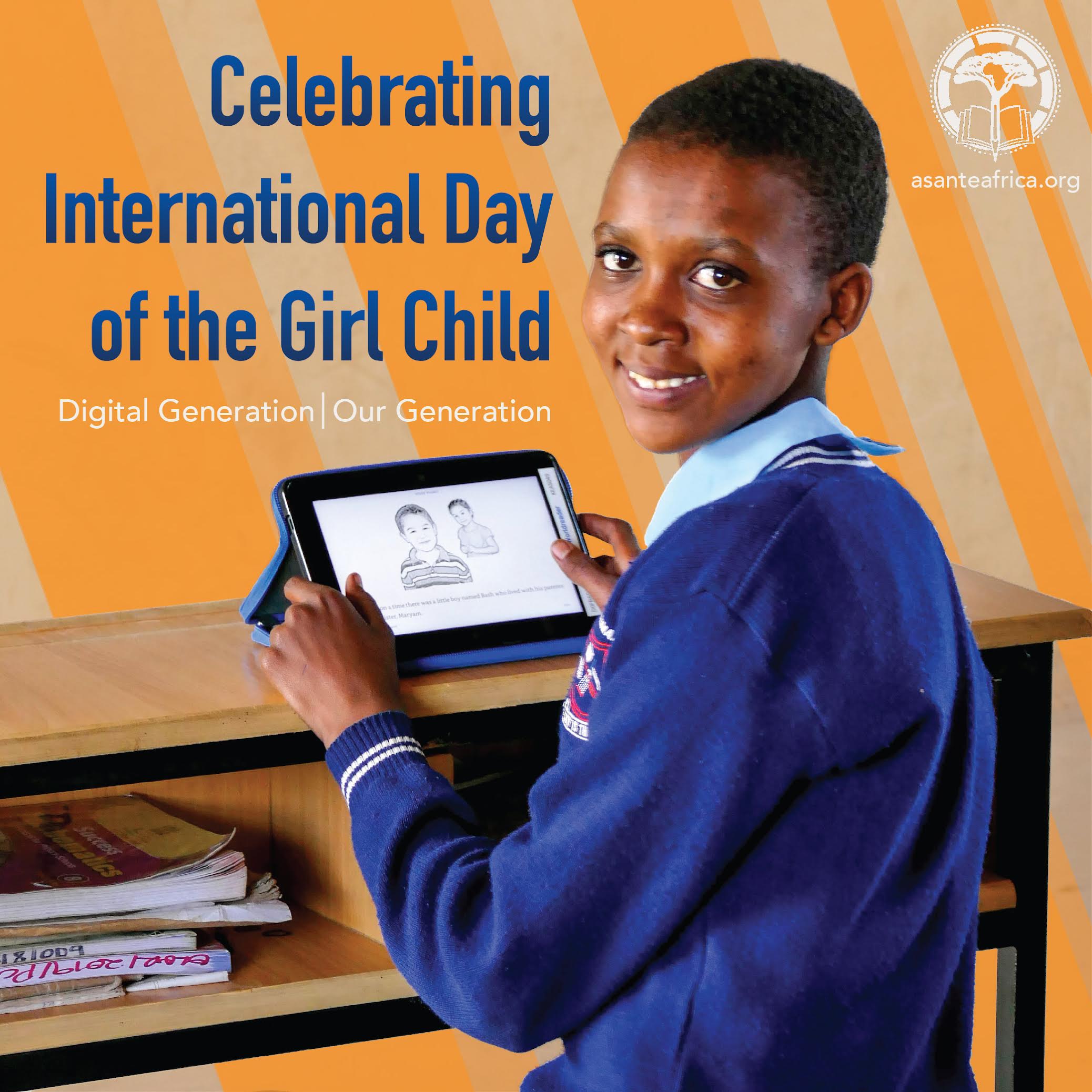 The technology gap becomes even further aggravated when measured as a gender digital divide.

Without exception, as percentages of their overall population, African countries have but a fraction of the digital devices and ability to connect those devices than that of industrialized countries. And within those African countries, looked at from any angle, men have more ownership of digital devices — computers, smart phones, cell phones — and more connectivity to the internet and cell phone service than women. While Africa as a whole suffers from a technology gap with more industrialized societies, within that gap women experience a gender digital divide.

A 2019 Afrobarometer report shows that in every African country, women lag behind men by any digital measure (ownership, cell/internet service), sometimes significantly. In Kenya, women lagged behind men in “regular internet usage,” 28% to 39%; in Tanzania, 13% to 21%; and in Uganda, 10% to 17%. We can assume that girls fare no better than women, and may be even more greatly disfranchised.

Hence, the theme for this year’s October 11 International Day of the Girl Child: Digital Generation | Our Generation. While all schoolchildren in Africa will benefit from greater connectivity, among those schoolchildren girls have the most to gain, as education has been shown to be a proven pathway out of what otherwise might have been a life of childhood marriage, marital subservience, economic dependence and disadvantage, and more. Educated girls have career opportunities, the ability to make financial decisions, the choice to determine when to begin a family and of what size, not to mention greater political input and the prospect of shaping cultural norms.

Nakibuule, 25, from Uganda, is one such educated girl, or, more accurately, now an educated woman. Nakibuule is an alumnus of the Asante Africa Foundation Leadership and Entrepreneurship Incubator Program and she is breaking norms. She is pursuing a Bachelor’s Degree in Automotive and Power Engineering, a field dominated the world over by men. Nakibuule’s degree choice would raise an eyebrow in many countries.

Practically speaking, given her interest in cars, Nakibuule probably already knew how to turn a wrench. But academically, she is now taking courses in Fluid Mechanics, Mechanics of Machines, Mechanics of Materials, Fluid Power Systems, Auto Engine Technology, Vehicle Structure, Engineering Math – the list goes on. 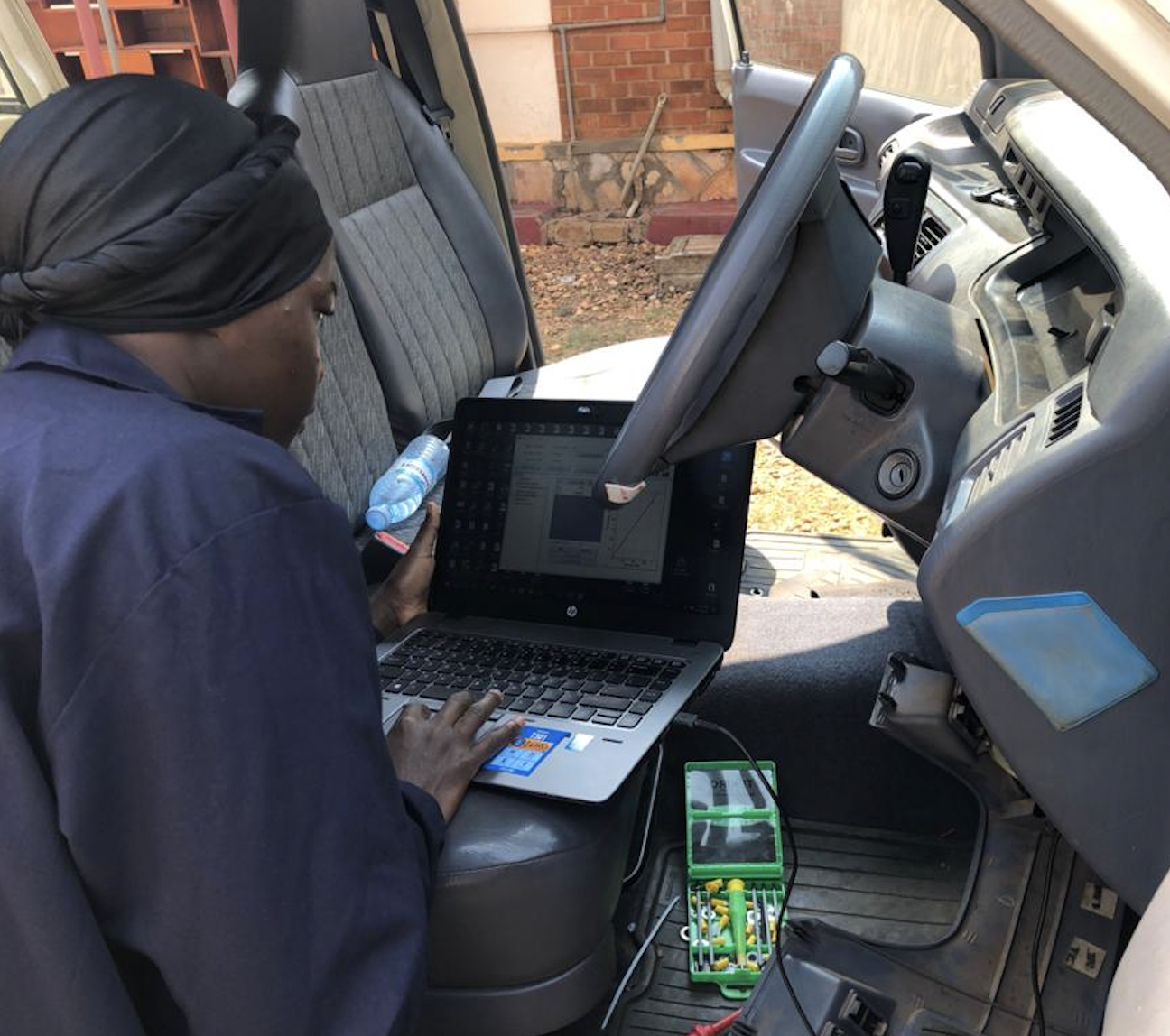 Nakibuule is quite clear why she chose a degree in male-dominated automotives. She explains,

“Growing up, I always admired cars because their technology keeps evolving. I also wanted to take up a career that was men-centered, to challenge the gender norms and stereotypes my community holds about science and the courses that can’t be pursued by girls. Thus, my desire to study and work with those courses in this field. It was being told that “you can’t” that now motivates me to prove “I can.” I hope that by my example, I can inspire other girls who might have the same vision and interests as me.”

Ideally, Nakibuule’s university degree in Automotive and Power Engineering would open to her the door of many a career, but Nakibuule realizes that some prospective employers will be reluctant to hire a woman. Yet, she has grown confident in her abilities and is sure that once given the opportunity, she will demonstrate herself capable as any man. “I will show the people I work with that I can handle anything that comes up.”

As a college student, Nakibuule is exceptional in another way. Learning a highly technical field, and as she noted, an ever-evolving field, she has been given the online tools to cross the digital divide that remain unavailable to many of her peers, especially younger girls. 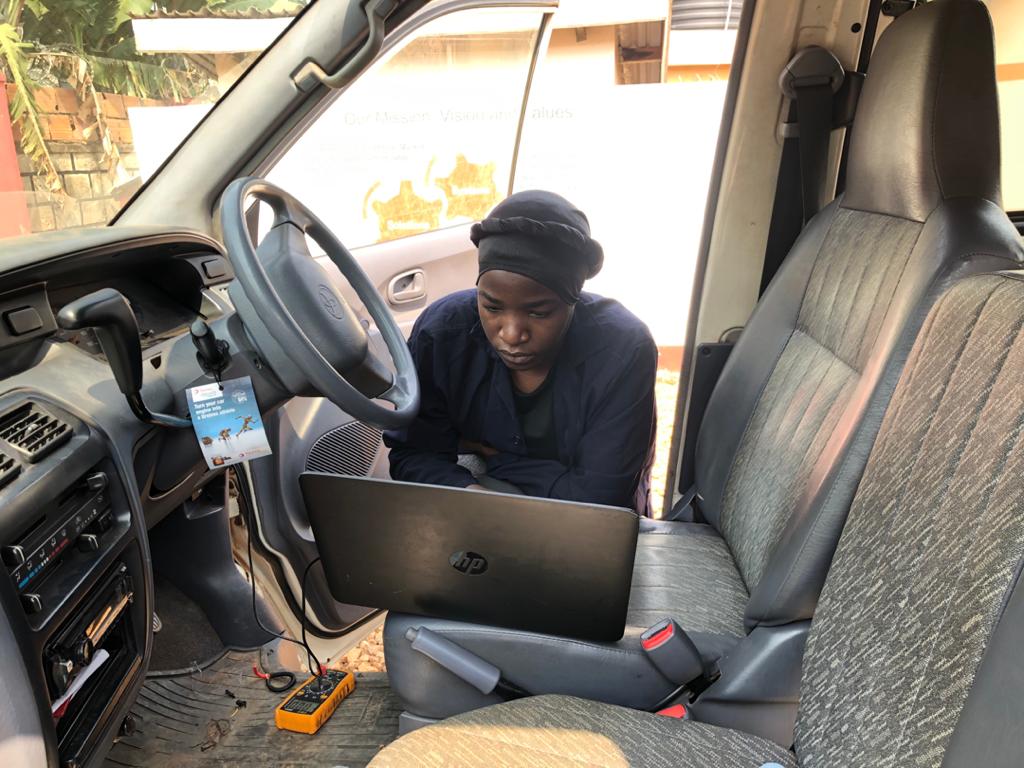 “Access to digital tools is a big problem in Uganda,” she says, “where most youth, especially girls under the age of 25, do not have access to a smart phone or computer because they cannot afford to buy one. The majority of girls lack digital literacy skills not because they do not want to learn but because they do not have access to the tools and devices. For some, the internet network is simply too poor. For some, internet access is simply too expensive. In this 21st century, we girls need access to such tools to conduct research and come up with new innovations. I hope that Digital Generation, Our Generation will bring to light the challenges we face and inspire others to address them.”

The Generational Equality Forum, an offshoot of UN Women, has made a global commitment to help girls like Nakibuule close both the technology gap and the gender digital divide, pledging on this Digital Generation, Our Generation International Day of the Girl Child:

From October 2021 – October 2022 we will collectively call attention to:

And Asante Africa plans to assist with that pledge. In fact, for more than a decade Asante Africa has been helping its partner schools incorporate technology into the learning process, both inside and outside the classroom. Asante Africa has provided classrooms with computers, projectors, access to teaching/learning tools online, and tablets for students with downloaded learning materials (for those communities lacking internet). When schools closed due to coronavirus, Asante Africa even sent some students home with phones, so that they could stay connected with their teachers and with one another. Long before there was Digital Generation | Our Generation¸ or the forum to help realize its goals, Asante Africa was working community-by-community inside East Africa to provide digital access, most notably to girls.

Please help us continue our quest to ensure that one day, Nakibuule will no longer represent a norm breaker, but simply the norm.