Married, and Back in School, Kenya

After being orphaned during the 2007 Kenyan post-election crisis, Pauline Naserian and her brothers were brought up by their grandmother. At the age of thirteen, Pauline’s uncle took advantage of her youth and secretly married her off to a man three times her age. She spent four miserable months being isolated from her family and community before she escaped and returned to school. Luckily, after reporting the incident of her marriage to the school, Pauline was given a scholarship at A. I. C. Girls’ Primary School in Kaijado, Kenya.

Now, at age fifteen, Pauline has gone through Wezesha Vijana training and has brought her leadership skills back to her school, mentoring over 150 of her peers. Even though she is not yet in secondary school, Pauline has already decided that she w 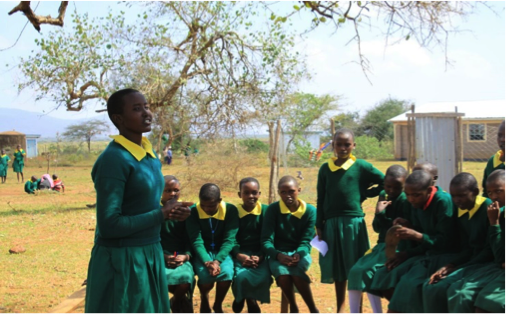