The theme for Day of the African Child 2022 is “eliminating harmful practices affecting children.” Harmful practices include but are not limited to child marriage, forced marriage, child abuse, and genital mutilation. Girls, in particular, are affected by these practices which impair their ability to learn, socialize, and participate in the community.

Asante Africa Foundation focuses on removing barriers to quality education for the underserved and marginalized youth that live in remote, harsh, and rural environments. Girls struggle to develop essential life skills due to the systemic issues of gender-based violence, early marriage and motherhood, and rising HIV rates that deeply affect rural communities. 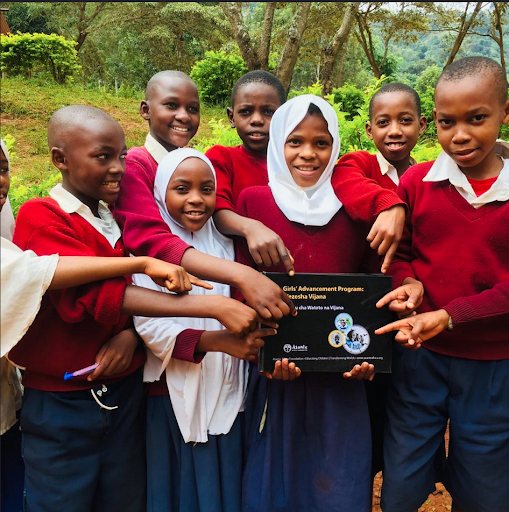 These are kids at a Tanzania middle school learning how to empower themselves (Wezesha Vijana).

Our adolescent life skills program, Wezesha Vijana, is a multi-faceted, rights-based approach to development of personal, social, economic, and health skills. The unique features of Wezesha Vijana include community support, parental engagement, peer mentoring, and active engagement of boys. Girls support each other in “safe spaces” and learn about money and power dynamics. Financial literacy and income-generation skills, seldom taught to girls, have been a game-changer for “off the paved road” communities. Knowledge leads to awareness, recognition of personal rights and potential, and collective action. Children like Joyce from Kenya and Kipuyo from Tanzania were able to use this knowledge to save themselves from the types of harmful practices the Day of the African Child seeks to eliminate.

When Joyce was 12, her plans to serve her community as a medical doctor took a sharp turn. Her father announced that he was marrying her off. Her husband-to-be was a 48-year-old man, more than three times her age, and her bride price was set at 120 liters of locally-brewed alcohol and 20 liters of cooking oil. Aware that her rights were being violated by being forced into marriage at such a tender age, she reported her father to the headmaster of her school who was able to convince him not to marry his daughter off.

Her father did not keep his word and dragged Joyce to the proposed husband’s home where she was sexually violated and physically abused. She managed to escape and using training and skills she received through Wezesha Vijana, she knew where to get help and who to consult. She received a medical check-up and was enrolled in boarding school while her father was arrested. Now Joyce is able to continue the process of turning her dream of becoming a medical doctor into reality. This story is too common in rural Africa, and the outcomes are not always positive. What set Joyce apart was her awareness of her rights and her confidence to take action. 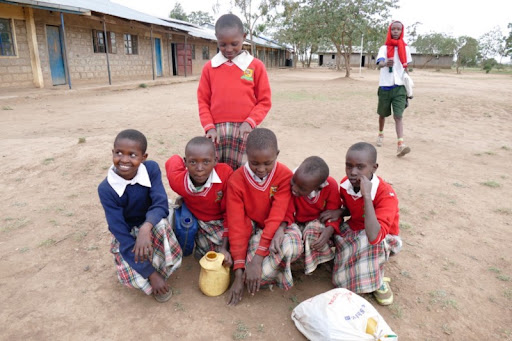 Take this day to learn more about the African Union’s focus on children in Africa and about the impact Asante Africa Foundation is making on their lives as it enters its fifteenth year of educating and empowering change agents that will transform the future of Africa and the world.

The International  Day of the African Child has been celebrated every June 16th since 1991 when it was first initiated by the Organization of African Unity (now known as the African Union). Its purpose is to honor the participants in the Soweto Uprising and also raise awareness of the barriers to quality education that African children face and the continuing need to improve the education provided to them.

The Soweto Uprising, beginning on June 16, 1976, was a series of protests led by thousands of black school children in South Africa The protests were met with murderous response from police. This occurred while South Africa was still in the grip of apartheid and can be traced back to the Bantu Education Act, enacted in 1953. The Bantu Education Act extended apartheid to black schools bringing them under the control of the government and mandated that black children receive an inferior education given the white government’s belief that non-whites were only fit for certain forms of labor. For decades education for black children was underfunded, overcrowded, and understaffed.

Ultimately, the uprising was triggered by a mandate that Afrikaans be used as a medium of instruction in school. Afrikaans was not well known or commonly spoken amongst black communities, which spoke English and indigenous languages, and was associated with the regime that oppressed them. However, it was years of regressive educational policy that fueled the fire. During the uprising hundreds of young lives were lost to police brutal force.

Are you interested in getting more involved? Reach out to learn how you can support children in Africa! You can also make a donation in honor of Day of the African Child to protect more girls like Joyce.