Passion that Knows No Borders, Tanzania 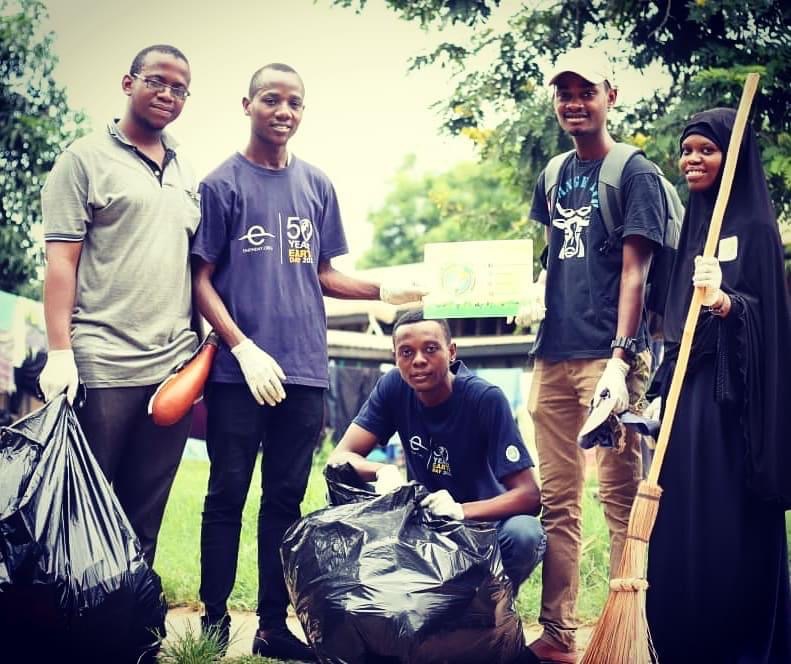 In the remote region of Igunga, Tabora, Asante Africa alumnus Khatib is leading a conservation campaign aiming to have a global impact. Empowered by lessons he learned in Asante Africa’s  Leadership & Entrepreneurship Incubator (LEI) Program and inspired by environmentalists, including climate change activist Greta Thunberg, Khatib began organizing district clean-ups with other local students. This marked the beginning of his activism in environmental and climatic issues.

After attending Asante Africa’s LEI Summit in 2018, Khatib started a school-based club that he named The Igunga Youth Leadership Club. The following year, Khatib attended the 2019 LEI Summit where he enhanced his leadership skills by learning about time management, project planning, and the value in thinking like a global citizen. By combining these skills with his passion for his community and concern for the environment, Khatib continued to pursue ways to impact the world positively.

Shortly after starting college, Khatib met a network of equally passionate youth environmental activists — The Tanzania Earth Day Team. He joined their group and became one of the 20 coordinators for Tanzania’s Earth Day movement. The coordinators oversee approximately 60 volunteers who support their efforts to raise environmental awareness through activities including clean-ups, school outreach, planting trees, concerts, and exhibitions of environmental-themed artwork.

The Tanzania Earth Day Team often gains volunteers through speaking engagements at primary and secondary schools where they raise awareness among students about the causes and effects of global climate change. These motivated student volunteers then pay-it-forward by participating in activities to make a difference in their own communities. The team also hopes to collaborate with other groups, including the Tanzania Youth Biodiversity Network (TYBN), to broaden the reach for their cause.

Khatib is proud to be a dedicated change agent and to work with others to educate their communities about ways to fight climate change. Through the lessons that he learned at the LEI Summits and his own determination, Khatib has the confidence it takes to keep meeting and exceeding his conservation goals.