International Day of Education: Our Efforts to Recover and Revitalize Education for the COVID-19 Generation in East Africa

Education is a human right, a public good, and a public responsibility. Though January 24 is a day to remind us of both the power and necessity of education, this year, International Day of Education occurs in the shadow of the COVID-19 pandemic. Nearly 1.6 billion students were shut out of the classroom when schools across the globe closed last spring. Today, half this number still remains out of school. And many, especially those in low and lower-middle income countries, will likely never return.

The effects of school closures are far-reaching, and they will linger for years to come. Dire as the situation may seem, there is room for hope. Educators and policy makers the world over have refocused their energies on finding solutions to learning inequalities during the time of COVID and beyond, while nonprofit organizations such as Asante Africa rapidly adapted to meet new and unexpected challenges. 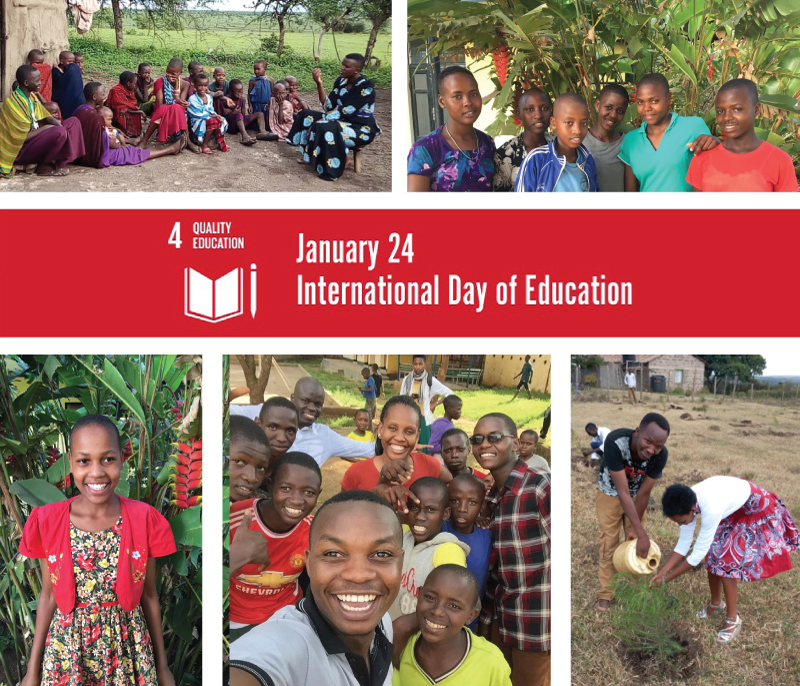 “The digital divide is more than a gap,” UNICEF’s Executive Director, Henrietta Fore, recently explained.  “It is a digital canyon.” It would be hard to argue with Ms. Fore. According to a UNICEF report, two-thirds of school-age children- approximately 2.2 billion youth aged 3-17- cannot access the internet from home. With the near universal closure of schools, online instruction was touted as the best alternative to keep students engaged in learning. However, online learning requires online access. For those with the resources to log in, education has continued, not without its challenges but it has continued nonetheless. For millions of others, the school year abruptly ended when COVID appeared. Without device or connectivity, these students could do little more than wait and hope for school to start again.

Though the pandemic did not create the digital divide, it has widened it. In Uganda, after schools shuttered in March, the government sponsored a series of remote classes, broadcast over television and radio, to help ensure children could continue their education, even if not in the classroom. Unfortunately, these programs do not reach many children, especially those residing in rural areas, where there is no electricity.

Education officials in Kenya believed they had found a way to close this gap when they canceled the entire academic year and informed students they would begin anew when schools could safely reopen. Though the intent may have been “to level the playing field,” nearly a quarter of schools in Kenya are private institutions, meaning those with resources continued on with their education, while those without fell further behind. The World Bank has warned that school closures will push an additional 72 million primary school-aged children into learning poverty, meaning they will not be able to read and understand simple text by age 10. In low and lower-middle income countries, this risk is elevated. Not only will this generation of students suffer the consequences now, but the effects of disrupted education will be felt for years to come in lost earnings and less competitive economies.

Asante Africa is doing its part to ensure the most vulnerable populations can continue their education even if they cannot do so in a traditional classroom. In-country team members have been distributing books and other learning materials to students lacking connectivity. In Uganda alone, over 240 youth have received educational materials allowing them to continue their studies. Inspired by Asante Africa’s Pay-It-Forward mantra, many of these recipients formed community study groups to share resources and the benefits of learning with their peers and neighbors.

Beyond academics, COVID-related school closures are imposing new challenges at home while exacerbating old. Parents who lost jobs during COVID are recruiting their home-bound children for work previously hired out. The loss of family income has also prematurely pushed many young people into the workforce, increasing the likelihood that these sons and daughters will drop out of school for good. 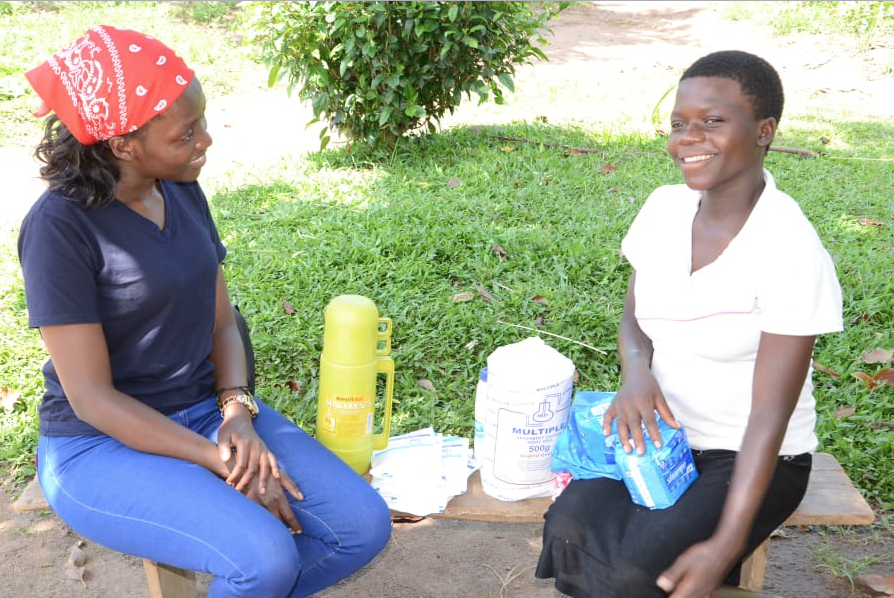 Deborah (left), Coordinator for the Girls’ Advancement Program in Uganda, has continued her efforts to empower girls despite the many challenges that COVID and school closures have presented.

Though COVID may have shut down schools and erected new barriers to education, Asante Africa remains committed to empowering youth and helping them achieve their full potential.

While financial concerns will prevent many from returning to the classroom, school closures have left students, especially girls, vulnerable to other pressures. Incidents of early marriage and teenage pregnancy, fates that many young girls thought they had escaped when they entered school, have been on the rise since the COVID lockdowns began last March.

UNESCO reports that, in Sub-Saharan Africa alone, adolescent pregnancy during the pandemic threatens to block 1 million girls from receiving an education. As Program Coordinator for the Girls’ Advancement Program in Uganda, Deborah understands just how real this threat is. Young girls are being married off by families in desperate need of the financial support that marriage will bring. Others find themselves now pregnant, according to Deborah, pressured into relationships for want of food, money, or even sanitary towels. Uganda’s schools have reopened but, for most of these girls, school is no longer an option.

When Asante Africa began distributing its “Family Essentials Package” shortly after the pandemic began, it was with an awareness that school closures in East Africa would place youth, especially girls, at greater risk of hunger, violence, adolescent pregnancy, and early marriage.  In providing necessities to last a family of five one month- i.e. soap, water, food, face masks, and reusable menstrual pads- family essential packages support families as they begin to cope with the consequences of an unknown and deadly virus. 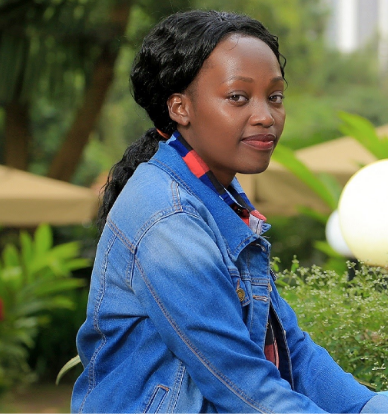 Deborah, Coordinator for the Girls’ Advancement Program in Uganda, has continued her efforts to empower youth despite the many challenges that COVID and school closures have presented. 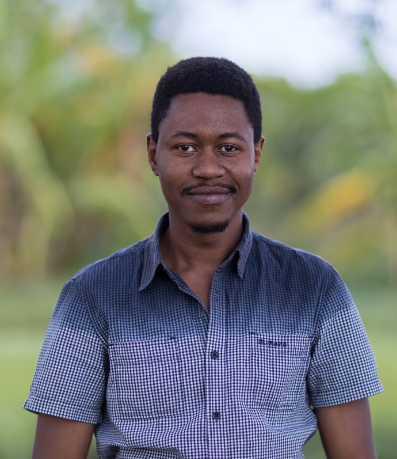 COVID and the subsequent school closures have also taken a mental toll on many youth. When the first cases of COVID were reported in Tanzania early last year, the Tanzanian government followed the lead of other reporting countries and abruptly closed its schools. Joel, the Digital Literacy and M&E Coordinator, Asante Africa Tanzania, remembers the fear that he and many Tanzanians felt during those first weeks.

With little known about the new coronavirus, it entered Tanzania as a “killing machine.” Though Joel abided by all the rules, he admits it was a challenge to continue his work. With students now scattered, distance posed a problem for Joel, much aggravated by a general lack of internet access among the majority of Asante Africa scholars. Despite these challenges, Joel and his team members in Tanzania were able to report on COVID’s impact within a matter of months and identify areas of greatest need.

Without reliable internet and devices on which to log in, many students felt “stuck,” according to Joel, prevented from learning in the classroom but unable to continue their studies outside of it. Though worried they may fall behind, students feared most that they may not be able to go back to school again.

The impact of COVID and school closures on students’ mental health quickly became apparent. Together with Tanzania’s on-the-ground team, Asante Africa set up youth-managed WhatsApp groups and phone lines so that young people struggling with the mental and emotional consequences of the pandemic might be able to access needed support. These communication lines also provide healthcare information for youth who may not know where to turn for healthcare services, mental or physical.

The COVID-19 pandemic has interrupted the education of more than 91 percent of students worldwide. While closing schools may have been a necessary measure, the consequences have been great – for some students, life-changing. We have shifted priorities to help alleviate some of these new pressures, but it has been the perseverance and dedication of our in-country teams that have made the most difference during these trying times. Despite the obstacles that COVID has thrown in their way- and they have been many- these learning heroes have remained committed to the youth we serve. They are strong. They are resilient. They are fearless. And this International Day of Education, we recognize their efforts.