Innocent Iroaganachi from Asante Africa Foundation, interviewed Tendai, (a journalist, a writer and a magazine editor from Zambia), Assumpta (member of the women’s congregation of the Eucharistic Sisters, and is a final year student of communication studies at the Catholic Institute of West Africa), and Theresa, (doctoral student of media literacy at the Center for the Study of African Culture and Communication in CIWA).

In his interview on the role of African women in gender equality and gender discrimination, Innocent Iroaganachi asked the following questions:

How can women in Africa join the movement to press for progress on gender equality?

Assumpta: As African women, we treasure our homes and families. Progress can begin with a positive upbringing for children, and a firm resolve to build a better future. The role of African women in this regard cannot be underestimated. To push for progress, our African women need to believe in themselves.

Theresa: The majority of women have to first realize and believe that they need to push for their “own” progress. This majority should stand together as a powerful force to bring about change and progress in their community.

Tendai: Particularly in the traditional African set up, and also the cultural stereotype, there is a “supposition” that women are inferior to men, as opposed to being partners in development. The struggle women are facing is to be identified as partners and not mere objects or spectators in both national and household management. 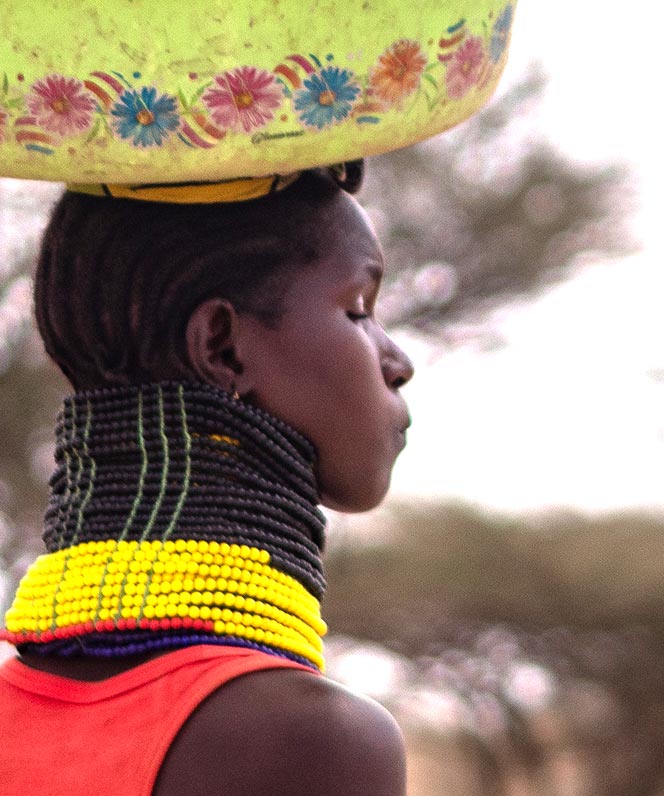 In pressing for progress, should African women be concerned or focused on outshining or competing with men?

Theresa: Outshining means they have to compete, and to my judgment any competing scenario is negative, it means a win and lose scenario, and outshining means going to the extreme. Women have to push towards balancing the equation which is imbalanced, hence, the agitation. My take on this will be that for women to press for progress, they have to realize the need, believe in the need, cease all opportunities provided to progress, respond to such opportunities with creative and positive force.

Tendai: They shouldn’t seek to outshine or compete with men because that will look like, us against them. A home with empowered women is not similar to one without. Women can be central in supporting family transformation, so we need to look at men as partners in women’s emancipation.

We cannot downplay the symbiotic relationship between men and women. One depends on the other even in the broadest of scope. When it comes to consideration for national leadership or employment opportunities or even in schools, that’s where we need equality. Let consideration be performance-based and not because of perception derived from certain beliefs about men and women.

How has the overwhelming desire to get married among many African women affected their progress?

Assumpta: The environment, including the cultural practices, and economic status of families, are the main contributors to child marriage, marriages contracted or solemnly consummated legally without a set future establishment. This negatively affects the progress of our African Women. Be something before doing something.

Theresa: This desire is influenced by the African culture that gives supremacy to the married life over the single life. More so, the pressure is beginning to mount on girls to get married, otherwise, they are faced with ridicule and mockery from peers, neighbors, and even the larger society. The age length of child bearing for a woman which is limited also has a cultural dimension in the sense that Africans love children as such nearing the end of child bearing for a lady is a worrisome period. Worst still if she is barren, which is considered a taboo in most, if not all African cultures. All these factors add up and make the woman anxious to get married and once married, she may have little or no chance at all to seek for her progress.

Tendai: It takes us back to the cultural and traditional stereotype that women must depend on men. This is indoctrinated in young girls as early as the formative stages of growth. The desire dwindles and dwarfs the aspirations of women. They cease to be innovative because that kind of environment and circumstance dampens the level of aspiration. However, this shouldn’t slight the sanctity of the institution of marriage when rightfully implemented.

Do you think the attitude of women in Africa, overall hinders the process of progress of women?

Theresa: Yes, for instance, some women do not see any reason why they should push for equality with men. In fact, they are ready to fight fellow women for daring to think so. They perceive women who think otherwise as wayward, unnecessarily ambitious, daring, and uncultured. These actions, often contribute to subjecting fellow women to the crude cultural practices that even most men would frown upon, e.g. female genital mutilation, barbing of a widow’s hair upon her husband’s death, the marriage of an underage girl, etc.

Assumpta: As women, we live in a subjective environment where men assume the role of the head figure. Most women and their belief in the African culture, submit to the dictates of this assumption and practically do nothing to go a step further in development, hindering the overall progress of women.

What potential should a woman desiring progress in a male dominated organization be on the lookout for?

Assumpta: Being educated should be the first priority of every African woman. Education is not necessarily about going to University to learn, but the desire to make an adventure out of beneficial knowledge, and the application of this knowledge in all aspects of lives.

Theresa: Such a woman needs to be courageous, believe in herself, be well informed, be broad in thinking, perceiving, and judging reality. Because knowledge is power.

Tendai: Nothing beats intelligence and performance, embedded in the acquisition of qualifications, trades, and experience. Those are the benchmarks.

How have culture and conventions affected women’s progress in Africa?

Theresa: Patriarchy, sexism, and classism are all products of cultures and conventions that have hindered the progress of women for decades. Patriarchy upholds the supremacy of the man over the woman – no matter how young, immature, and uneducated the man is, he is the key decision maker, and the protector. Hence, the women are answerable to him. Such stereotyping and misrepresentation of women deprive them of opportunities to use their intelligence and creativity. And because of this, they are deprived of formal education, perceived as nothing but a home maker, are married off at a very tender age, and exposed to all forms of abuse. 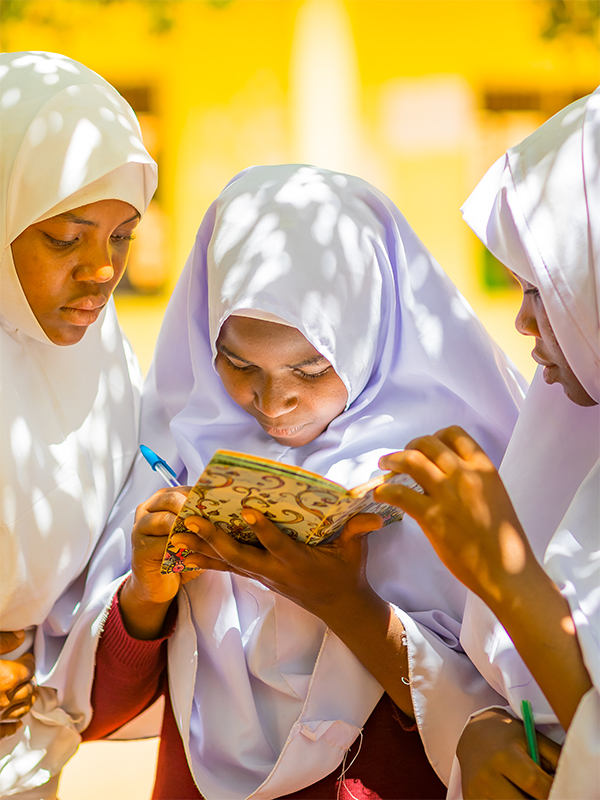 What could be the reasons for the slow pace of women empowerment in Africa, even with so many programs being sponsored by non profits, government, and civil bodies?

Assumpta: Empowerment without reinforcement cannot go a step further in progress. No matter how much the non profits, government or civil bodies support and empower them, they need reinforcements from their immediate society, be it their home, culture, environment, and religion. When this enabling environment is created, the women will progress faster.

Theresa: Unless the woman is given a free hand without control and hindrance from men and even other women, who do not believe in her course to progress, such empowerment programs are not taking her anywhere. The enabling environment needs to be provided for her progress. The men need to believe in her, give her honest push where she is not confident, put policies and laws in place that will ensure her rightful place, all these will assist her tremendously in ensuring her progress.

Tendai: There are multiple reasons: Primary among them is that what Africa needs urgently is not good leaders and good programs but good institutions. That’s what has hindered even women’s empowerment. Most of those organizations mandated with women empowerment are preoccupied with mercenary inclination. To me, they need to find a way of strengthening these institutions. Then all programs will yield. Most NGOs are just keeping up appearances.

In what ways can the call for equality bring effective progress for Women in Africa?

Assumpta: Gender equality should not be a threat to the men folk. Equality does not turn a man into a woman nor does it make a man, less of a man. Equality preaches and talks about human respect, the dignity of man/woman, fair considerations, love, equal right and justice as humans and the absence of dehumanization. When an African woman begins to feel acceptable, she stands out and makes her impact.

Theresa: There will be a positive increase in the general welfare of women, families, and the country’s GDP. This is in the sense that when the woman is given her rightful place, she will blossom where she is planted; she will use her creative talents to contribute to society and the family positively. She and the husband will both be breadwinners and this will mean improvement in their quality of life, improved the educational standard of the children, and less poverty in the society. There will be less mortality rate and a long lifespan because the burden of care is not one sided and families will be happier.

What actions (behavior or attitudes) of man hinders woman’s progress in Africa?

Assumpta: An African man should be More Available and Noble (MAN). Any other attitude of his in contrast or opposition to this definition of man will pose a great hindrance to his support for the woman world.

Theresa: Some men feel threatened and do not want to hear about the drive for women equality with men at all. This is a big hindrance; a big setback.

In what ways can men assist women in this press for progress?

Theresa: First of all, men who do not believe in the need for equality should reorient their minds. In Nigeria, they are the majority among the lawmakers and they should ensure that the bill that will give equal opportunities for both sexes is passed into law.

Assumpta: Africans should begin to see their African women as equal co-inhabitants of the society by giving the women equal rights in the parliaments, churches, and the civil society.

Now, more than ever, there is a strong need to press forward and address gender equality. There is a strong motivation to unite friends, colleagues, and communities to think and act in a gender-inclusive way. Become a part of the community to provide these opportunities through education and stop gender discrimination. Stay connected with us.